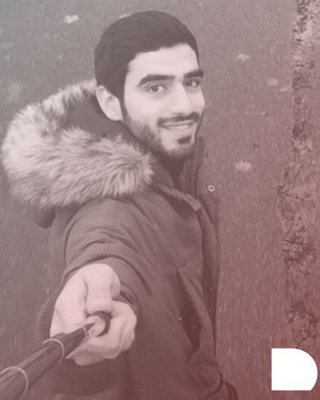 The documentary assesses the journey that refugees from Afghanistan, Syria and Eritrea chose to undergo, as the circumstances in their home-countries became increasingly unliveable. Hundreds of thousands are leaving their countries, families and old lives behind, in search of some basic safety and freedom. In most cases, the mobile phone became a quintessential tool to facilitate the organisation of ones escape and the constant companion. This has lead many to document their experiences. We chose to use footage which has been shot by the refugees themselves — enabling us to show first hand accounts through their own eyes & lenses. The camera was there with them as bombs hit their streets and houses were crushed to rubble, as they risked their lives to pass borders by feet, boats, trains or cars. Their memories provide the evidence for us. The unique form of narration allows us a very personal glimpse into their lives before, during and after their escape. It leaves us with a realistic impression. Within a timeframe of 90 minutes, these insights are interwoven with reflective in-depth interviews with the protagonists, connecting the outer journey that they went on, to the one that took place within.